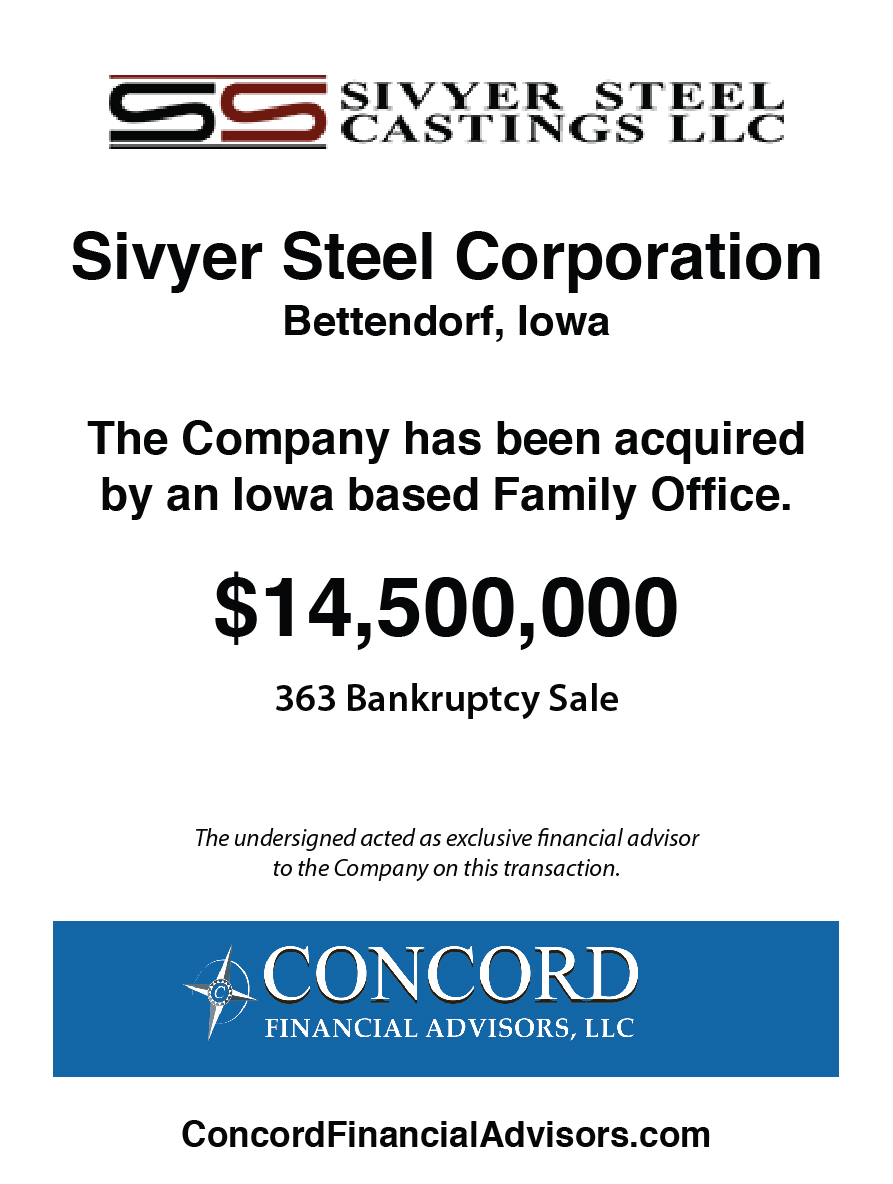 Based in Bettendorf, Iowa, Sivyer Steel Corporation is a domestic foundry, providing steel castings to manufacturers of industrial equipment primarily in the mining, oil & gas, military and passenger rail industries. The specialty steel foundry industry is cyclical, and Sivyer has been impacted by market related swings throughout its 100+ year history. An unexpected market downturn began in 2014 causing a decrease in demand in nearly all of the Company’s end markets. This decline was also more prolonged than previous contractions. The Company’s lender eventually declared a default and the parties entered into a forbearance agreement. The Lender subsequently hired a turnaround consulting firm to prepare a liquidation analysis of the Company, and the forbearance agreement was extended to permit the Company to retain Concord Financial Advisors, LLC to refinance the lender’s obligations. However, it was concluded that the sale of Sivyer as a going concern was the best option and Concord convinced the Bank to remain in an over-advanced situation to fund working capital during the process.

Concord led the preparation of financial due diligence for potential investors by way of a secure data room. Concord immediately assessed the situation and ran a comprehensive sale process to find alternative buyers for the distressed business. Sivyer eventually filed for Voluntary Bankruptcy under Chapter 11 to protect itself from creditors. The most favorable proposal was made by a family office, based in Iowa, who acquired the Company out of a 363 Bankruptcy Sale for $14.5 million. The buyer proved to be a value-added equity partner providing a permanent capital solution. As a result of the team’s efforts, a fundamentally sound but distressed company was restructured with over 200 jobs being retained. The Lender recovered substantially more than it would have realized in a straight liquidation.